Anyone suffering from a long term disability in Oakville knows that the emotional and physical impact can be devastating. The financial grief only adds to these issues.

Naturally, you are looking for a quick and simple end to this stress. Unfortunately, many long term disability claimants don’t know that the insurer’s internal appeal process is complex – and can take years.

That’s why it is vital that you turn to an experienced Oakville long term disability lawyer. At Kotak Law, we specialize in earning claimants the disability benefits that they deserve. Contact us today, and take charge of your claim.

Oakville Disability Cases in the News

Concussion is a traumatic brain injury that results from a blow to the head or violent shaking of the head and upper body. Every concussion changes the way the brain functions and injures the brain to some degree. Most concussions are mild and many people don’t even realize they have experienced a concussion, particularly if the concussion did not involve a loss of consciousness. However, research on concussions concludes that multiple concussions often results in cumulative worsening of the damage to an individual’s brain, which may in turn lead to far greater damage and symptoms.

Serious concussions may cause bleeding in and around the brain, which can be fatal if it goes untreated. Profound confusion and drowsiness are often associated with bleeding, but these symptoms are not necessarily immediate.

Incidents that most often cause concussions

The most common symptoms of concussive traumatic brain injury are confusion, headaches and a loss of memory of the incident that caused the concussion. Some of the symptoms of a concussion are mild or subtle, and may take hours or days to be felt.

Sometimes, serious symptoms or even death may occur as much as a week after the initial injury.

Concussion may include the following symptoms and signs.

Young children may have different symptoms which they may not be able to vocalize, so adults and parents must be particularly watchful for these changes in behaviour.

Anyone who experiences the following serious symptoms of a concussion should seek immediate medical treatment:

Even a mild concussion with temporary symptoms requires some time to heal, and injured persons are advised to rest and avoid physically and mentally taxing activities until symptoms have passed. Athletes, in particular, should not return to sports until they no longer experience any symptoms of their concussion. A real risk of playing sports before having fully recovered is that a blow to the head during this vulnerable period is more likely to cause swift and fatal swelling of the brain.

Possible Complications from a Concussion

Although the physical effect of a concussion may be difficult to see on a CAT scan or another medical device, the impacts on a person’s ability to function socially and at work can be profound and long lasting.

In Wallman v. John Doe, 2014, a man sued multiple defendants for damages, resulting from a rear-ending car accident that caused a debilitating concussion. The accident victim was a hard-working and healthy 53-year old emergency room physician and a developer of real estate rental properties, prior to the accident. Although there was only minor damage to the vehicles, the plaintiff was diagnosed with a concussion that proved to have serious and permanent symptoms, which made it impossible for him to return to work. His initial symptoms were blurred vision, nausea, confusion, difficulty remembering even simple things, irritability and constant, unbearable headaches. Persistent and long-term symptoms include: low-grade headaches that sometimes develop into migraines; occasional confusion and dizziness; continued difficulty thinking, concentrating, remembering and multi-tasking; frequent forgetfulness; and blurred and double vision.

The plaintiff is no longer employable as a physician due to his diminished cognitive abilities, and is highly unlikely to be able to return to his job in the future. The court found the defendants negligent in causing the plaintiff’s injury and awarded him almost $6 Million in damages, including: $210,000 for non-pecuniary damages (for pain and suffering); $1,445,023 for past-income loss; over $4 Million for future loss of earnings in his capacity as a physician and real-estate developer; $ 90,231 in special damages; and $ 34,289 for cost of future care.

The award in Wallman v. John Doe was substantial, to a great extent due to the plaintiff’s significant earning capacity as a successful physician. However, the court clearly recognized and acknowledged the huge impact that the concussion had on his life. If you or someone you love suffered a brain injury such as concussion, in an accident, contact the Kotak Law Office to find out about your legal right in seeking damages for your losses. 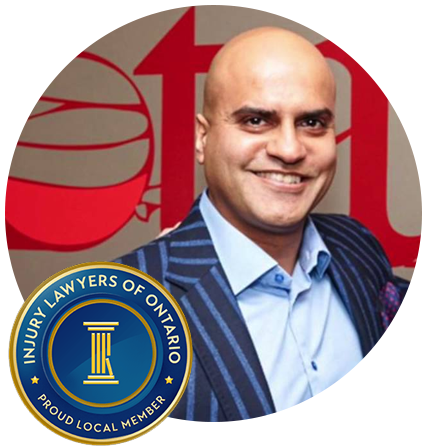